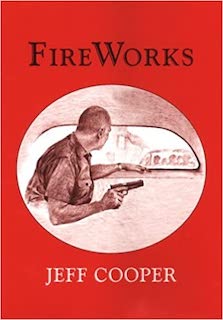 Colonel Jeff Cooper was an unusual man.  He served as an officer in the United States Marine Corps during WWII.  After hostilities with Japan ceased, he signed on with the CIA and took the fight to communism in a variety of small, violent countries.  He’s best known for his passionate advocacy for excellence in skill-at-arms, and single-handedly developing an entire industry dedicated to providing training to the motivated individual.  His impact was such that his school “Gunsite” was the high water mark for small arms training in the continental United States for decades.  Institutions, forever vulnerable to the flaw of stagnation and petty politics over supposed purpose, were not capable of providing skills to the men who were tasked with the most difficult and dangerous jobs in the military and law enforcement.  Head instructors at elite units made the pilgrimage to the desert, where they learned The Gospel According to Cooper, and they went back home and put it to good use.

A regular columnist in the gun press, his dry wit, historical erudition and pragmatic view made him a reader’s favourite in short order.  Cooper liked to write and, mercifully, the muse was never far from his side.  A literate man, he took writing very seriously – I’m told that he kept a dictionary in the office that was regularly ‘upgraded’ via the method of striking through words of which he disapproved, never to be used again.  This is what marks Cooper apart from the rest of the gun press – a lot of men were capable and skilled, but only Cooper could write at a level where his work could be enjoyed as literature as much as mined for knowledge and wisdom.

“Fireworks” is a collection of essays that strays all over the map of what he found to be curious, worthy, entertaining or informative.  The reader is treated to a single page with his acidic rebuttal to the New York Police Commissioner’s call for the public to be disarmed that many would now decry as a fedpost too far.  Another story recounts his inventive (and possibly illegal) command of bored troops and civilians on a homeward-bound freighter when he judged the ship’s captain to be apathetic and poorly suited for command.  A lengthy chapter details the mission to build an elephant gun to his own exacting standards.  The rifle, tailored with the same care and love that one would expect of a mythical weapon designed to slay gods and monsters alike, was christened “Baby”.  The lay reader may not know much about ballistics, or the hardiness of the Cape Buffalo, but Cooper’s enthusiasm and willingness to explain the compromises of any given choice make an otherwise dry subject very nourishing reading.  The danger of the enterprise of big game hunting is never far from Cooper’s mind and the serious and sober contemplation of minutiae never feels overdone.

The meat of the book, however, is the examination of warriors whose feats drew Cooper’s admiration.  Cooper briefly met Colonel Herman Henry Hanneken in an officer’s mess in the closing months of WWII and was starstruck.  The story of Hanneken’s Medal of Honor is genuinely impressive and we are fortunate that a storyteller of Cooper’s ability finally brought it to a wider audience with his tale “Get Charlemagne!”  Long before counter-insurgency warfare was cool buzzphrase, a marine officer was sent to Haiti with the aim of crushing civil unrest and removing a major player from the board.  The battle of wits and subterfuge that uncovered a guerrilla leader and finally brought him within range of a 1911 held by an American hand is the stuff that leads you to question your right to call yourself a man.

The penultimate chapter of the book describes a man that Cooper names as “the greatest warrior of all time”, which in virtually any other man’s words would rightly be classed as hyperbole.  I had never heard of Hans-Ulrich Rudel before reading this, but Cooper is a scholar of martial history as well as martial science and does not make the claim lightly. Rudel’s career as a Luftwaffe pilot during WWII strains credulity.  He flew 2,350 missions against Soviet armoured columns and used a method of attack from low-level that has to be done precisely or it causes a fatal crash.  He killed 500 tanks.  The next pilot down the league table of kills had 60.  He was shot down 30 times by ground fire and was wounded so often he was usually bandaged in the cockpit.

I quote Cooper’s interview of Rudel:

Cooper: “On the occasion that you landed across the Dniester to rescue two comrades … and your aircraft stuck in the mud, preventing your take-off… and you made your way to the ice-clogged river… and stripped and swam 500 meters in the deadly cold water, losing a man on the way… and, without clothing or shoes, you ran into a Russian patrol, which opened fire… and you outran the Russians, barefoot, with a bullet through your shoulder… and you then made it some 60km to the German position.  On that occasion, how long were you a casualty?”

Rudel: “I was in the aid station one day. The next day I killed ten tanks. Two days later I got eighteen.  My feet were very painful, but I did not need to walk.”

Th entire essay should be read with a bandage wrapped around the head to stop your jaw hitting the floor.

Fireworks is an easy read, because it is compelling.  There is always one more chapter to finish, one more tale of hunting big game or dodging communist hit squads that pull you into another hour of reading when you should be cooking a dinner.  A dangerous book for a busy man, let alone a lazy one.

Cooper could write lucid and compelling prose on any topic he wished – fortunately, he loved danger and courage above all things.  He was a once in a generation talent, blessed with the ability to wield his pen with even more skill than his 1911.