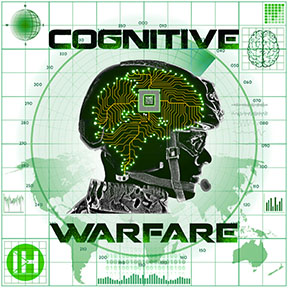 “If traditional war centered on an enemy’s physical strength, and 4GW on his moral strength, the 5th Generation of War would focus on his intellectual strength.” Dan – tdaxp.

In the mid-2000s, back when Fourth Generational Warfare (4GW) was the new hotness, speculation about 5GW kept think-tank types awake at night as they tried to work out how to apply this new taxonomy of warfare into doctrinal development.  The dominant paradigm of the day was Boyd’s OODA cycle, having finally clawed its way out of the Pentgon and into popular culture.  The intersection of these two ideas was a feature of much discussion, as the utility and depth of each was obvious.  One gentleman, posting under the tag ‘tdaxp’, presented the following graphic, which showed how the two ideas could be aligned into a harmonious whole: Keeping this in mind, we now turn to the concept of the “Integrated Operating Concept”, which helpfully defines how the British government now views warfare:

Quoted from the opening paragraph to the foreword:

It is a refreshingly candid statement that admits that there is now no such thing as a peacetime military, that invisible, unattributable foes will exist in perpetuity and that continuous action will be necessary to counter the effects of such.  In this hall of mirrors, the only reliable metric to identify enemy action is the degree to which it runs counter to the ideology of the elites in charge.

At a stroke, dissension from the dominant ideology is now evidence that you’re acting on behalf of an enemy, knowingly or not.  Crucially, this now makes you a legitimate target.  Democracy is now a threat to democracy and so it must be crushed.

The final piece of the puzzle is that the military is no longer the sole source of action in this sphere.  The entire government is brought to bear against this new threat, under the umbrella of “Fusion Doctrine”, laid out below: So what, exactly, is the prime threat that this strategy is meant to address?  Welcome to the world of cognitive warfare, where the very substance of what you listen, watch, read, think and trust is now a contested battle space for your government, their government (all of them), corporations, non-governmental organizations, and religious faiths.  You cannot claim neutrality – to reject them is to judge them by a standard they have not yet managed to compromise.

The following document does a fair job at introducing the reader to Cognitive Warfare:

Some choice quotes from this document to give you a flavor of what is now a military matter:

In military/warfare settings, modifying these functions can be utilized to mitigate aggression and foster cognitions and emotions of affiliation or passivity; induce morbidity, disability or suffering; and “neutralize” potential opponents or incur mortality.

Spanning 2005-2020, we see a maturation of the ideas that are now national strategy.

The experience of becoming ‘redpilled’ is a recognition of this process.  A common refrain is the creeping realisation that most, if not everything you once knew is wrong, from historical events to axiomatic moral standards.  I’m sure many of you will be thinking that the above extracts would serve to characterise events of the last fifty years, particularly with regard to the Left’s long march through the institutions.  Cognitive Warfare, then, is not an advancement of the art of war, but the rediscovery of a very old craft.  Indeed, given the tremendous amount of time and the multitude of highly divergent groups necessary to enact what we already recognise, we find excellent evidence for a malign directing force that can only be spiritual in nature.  Human institutions degrade too fast to sustain any multidisciplinary effort toward a goal over timescales measured in centuries.

Retrospectively, the evidence for cognitive warfare being practiced on the western nations piles high enough to be seen from space.  The corruption and decline of public education is eye-watering.  The gifted are dragged down to the bottom and held there by “No child left behind” and the byzantine processes described by “Common Core” leave intelligent adults stymied, let alone the children.  The scientific field has uncovered the awkward truth that a vast section of very influential papers cannot be replicated, which in turn corrupts all that is built on that foundation.

Turning to the arts, the subtle malign influence is found even there.  Music has root access to the unconscious mind. A catchy beat will etch foul lyrics into your mind, but you won’t care – in fact, you’ll enjoy it.  Architecture has shifted from beautiful to ugly, with significant and measurable effects on the mood of those forced to endure it.  The shift away from books to screen-based entertainment rots the intellect, as noted above.  The food we are commanded to eat not only makes us sick, fat and ugly, but accelerates cognitive decline.  Finally, the infiltration and corruption of the clergy left the moral territory unguarded.  Brand new sins have been invented and programmed into children in their tenderest years.  The very sense of right and wrong, of good and evil, has been captured and replaced like a cuckoo’s egg.  This is the spring that continually delivers a flood of fresh misery to every section of the human experience, as nothing good can possibly be built upon a warped foundation.

The crossover of ideas from military culture to business has been around for a while.  Back in the 80s, the roaring success of Japan and the samurai caste that governs it led the world to examine their bookshelves and pulled the works of Sun Tzu and Miyamoto Musashi into the spotlight.  Both became fashionable reads at the highest echelons of business.  Those who didn’t read them at least observed the pretense of buying a very glossy hardback of each work and leaving them on the coffee table.  A decade or so later, the OODA cycle then filtered down from the Pentagon to Wall Street.  There is a cottage industry of retired military speakers who council middle-managers all over the world in the secrets of team-building and effective leadership.  Now that cognitive warfare is not a whispered rumour in the halls of power, but public doctrine, we can expect personnel from the military and intelligence services to bring it with them as they transfer from barracks to boardroom.  What corporation could resist the idea of a consumer base that trusts only the corporation?  How could a government exercise power over a corporation that has effectively captured the moral compass of the electorate?  How does a government enact antitrust powers over a corporation that has 70 million consumers convinced that their sole food supply will be destroyed and contaminated as a result?  Power is the ability to command an army – and trust is what binds them.

Market share is dead.  The future of modern corporate strategy is about capturing the trust of the consumer through a multidomain information campaign that spans television, social media, food supply, education, etc.  Blandly named corporations will diversify their portfolio: blogs, content creators, social media influencers and television will run five year campaigns to prepare their audience for a product being developed in another subsidiary.  When education finally fractures from government control, the corporate schools and syllabus packages will be stylish, well-presented, highly educational and structured to enhance trust in the corporation that provides them.

Owing to the granular nature of marketing data, the individual is now available as a target.  During the COVID-19 pandemic, it was revealed that friends and family of persons marked as “vaccine hesitant” were unknowingly supplied with media that was effective at re-educating them because friends and family were trusted more than traditional media delivery systems.

Consider the implications of that: people you love are deliberately manipulated to act against you.  Cognitive warfare has brought us to the point where direct conflict has been dismissed as ineffective, so the eye of Sauron now seeks your most loved and turns them to his will instead.  How many children have put an end to a parent’s smoking with floods of tears?  How many petroleum executives have introduced environmental policies because they have children who either refuse to talk to them or argue endlessly about the inherent evil of their job?  Imagine the effects of identifying a potential high-flyer early in his career and tailoring not just the media he consumes, but that of his friends and family, too.  The net can be cast a decade in advance, closing steadily and invisibly, until at the moment of choice, the target stands truly alone and unprepared to resist.

So what to do?  The firehose of filth that defines the modern world cannot be used as a drinking fountain.  You cannot imbibe it and not suffer the consequences.  The advances in marketing, persuasion and propaganda are now so polished and effective, they defy all attempts to render them ineffective.  Just like watching a sleight of hand magician, everyone knows they’re going to be fooled, everyone expects to be fooled, everyone is trying not to be fooled and yet nobody knows quite how that playing card got into the drinking glass on the table.  The professionals are very, very good at what they do.  The idea that you are immune is pure hubris.  You’re not in their league.

If the corruption is not already complete, it soon will be.  As factions take shape, the divergent goals and stories that they seek to tell will taint everything they produce without exception.  The modern age has literally nothing to offer a person who is looking to separate themselves from a Beast System.

The only viable response is to participate and compete.  You cannot sit this out, as cognitive warfare does not recognise noncombatants or boundaries.  Your small corner of the world will have to source trustworthy information before it is deleted or embargoed.  You will have to eradicate trust in the outside.  The new, the shiny, the slick and the prosperous will have to be viewed with suspicion from the outset. The only possible refuge is in the past, seeking what might have been made in an age before sewage was served as ice cream.  The faith, families, food, books, buildings and jobs that sustained and nourished mankind in the past will have to be the oasis.  There can be no compromise, so the cultural siloing will have to be total.

“A time is coming when men will go mad, and when they see someone who is not mad, they will attack him, saying, ‘You are mad; you are not like us.’”
St Anthony the Great.

The separation from the multitude of beast systems competing for your mind will not be without consequence.  As the endless grind of corporate mergers and vertical integration gathers all facets of society into the hands of a few factions, the rejection of what they offer will not be trivial.  Putting aside the problems of food and shelter, the blowtorch of animosity from not just those who hate you but those who once loved you will ablate the moral courage of those who are not protected spiritually.  The world will exercise all earthly power to bend your knee; the only defense lies beyond the material, in the hands of Christ.

Note: My thanks to the team at UK Column (https://www.ukcolumn.org/) for their coverage of the changes in UK military doctrine.

2 thoughts on “Cognitive Warfare – the ongoing battle for who you are.”