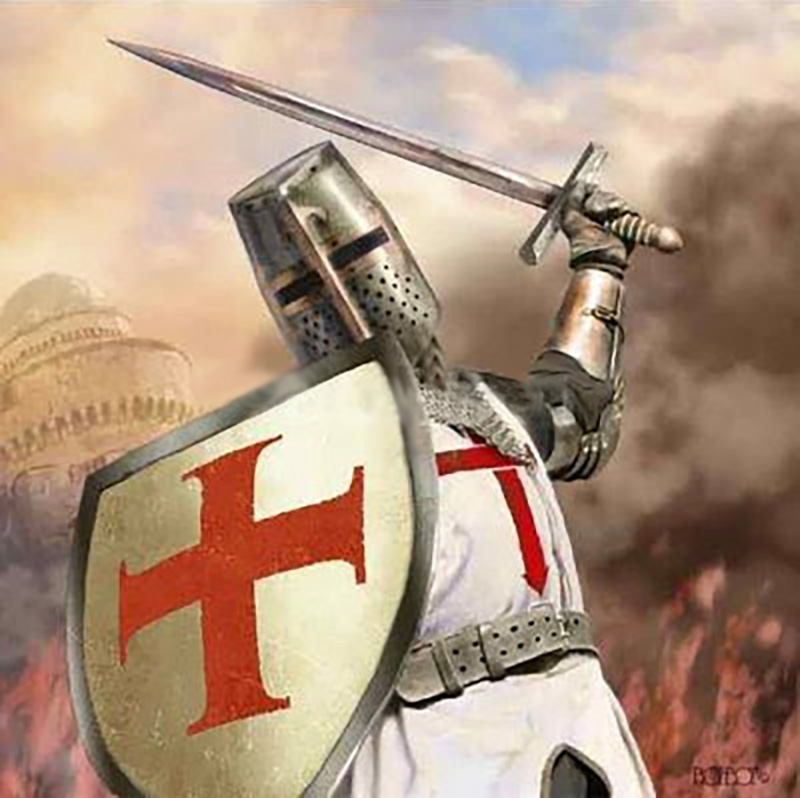 It’s easy to label evil. In our community we do it all the time for a variety of circumstances. However, it’s usually something far away. Something like ‘those evil elites preying on kids’ or ‘they knew the experimental injection was going to kill many people’. An impersonal force that is undoubtedly greater than we, which is easier to handle because we know that the big impersonal force is countered by a larger, much more personal force (yes, I am talking about God). But it’s a different story when you see evil rear up in your life. When the evil is there, in a physical state, you see it with your own eyes and it is personal and immediate and demands response.

When I was getting out of the Navy, I got a job very quickly. I was expecting two to three months of searching as I spoke to recruiters. However, my job search was finished in a short 3 weeks. I had, and accepted, an offer from a company in a rural community with a solid wage. When it came to a house, we found a beautiful home on the edge of how far I wanted to commute and at the very max end of our budget. But the wife and I couldn’t resist it. When we moved a guy from church was there to help us right away. We hit it off at once and are becoming even better friends after only a year. After a tense month of living in our house before we bought it (because of bank issues) we closed on it, and it became ours.

My job has a rotating shift schedule. I didn’t and don’t get a lot of opportunities to go to church. However, my wife and kids attend and go to activity nights for the youth regularly. My daughters became fast friends with the family of a single dad. After a few weeks they got to have a sleepover. The oldest remarked that this was the first time they had ever been able to do that. That comment seemed odd, but each family is different. This family also seemed pretty poor and kind of outcast among the church group (due to the drama of the marriage/divorce). We came to find out later that the father, and most of the kids, thought my wife was a single mom of four. Naturally, the father wanted to butter up my hot wife, who was very taken with these kids.

Soon after the date was made for the sleepover I came into the picture and met the father and kids. I got along well enough with him, and while I was never as close a friend with him as I am with the guy who helped move us in, I grew to call him a friend too.

Then a situation came up for the single dad’s family. His landlord had allegedly been stealing his water/sewer and electricity. He had called the police and was taking legal action. However, his lease was month-to-month and his landlord wanted him out. Because of this he started talking about moving out of state. Concerned for my friend, a number of us convinced him to move into our house and accept our help moving out of his current situation.  Our friend-group moved heaven and earth and got him out of his place on time (it was a complete disaster) and into our house.

Living in our house was good for this family’s kids from the get-go. It provided them a structure which had obviously been missing. I got along well with them, and the kids really were even more taken with my wife than she was with them. When my wife came back from a trip the son literally ran up to her and jumped into her arms, she has/had become like a mom to them. I love these kids too, don’t get me wrong, and we got along well, but it’s my wife who really captured their hearts.

Then a few days ago a bomb was dropped. I was working the night shift, and unfortunately had gotten a ticket on the way to work. I called my wife to tell her and knew something was wrong when she answered. She didn’t want to talk on my work phone but gave me a hint and asked that I go out to the car and talk. On the ten-minute walk to the car my mind was reeling with what could possibly have happened and who it had happened to. I got into my car, called my wife, and waited a painfully long time for her to calm the teens down so she could talk to me.

This is when she informed me that the father, this creature, this demon has been abusing his daughters since they were 11. This was an incredible shock. The abuse was limited to touching (plenty bad by itself, but not as bad as it could have been). But still, I let a monster into my home. I was completely shocked and took a bit to process the information, “I let this monster into my home.” After talking to my wife and determining a course of action, I called the other friend mentioned previously. I gave him a few minutes to process the information when I told him and he simply asked, “What do you need from me.” I started off by apologizing (probably because I was still in shock), and said, “I know you’ve got work tomorrow, but..” when he interrupted me and said, “no man, tomorrow is Saturday we are good, whatever you need.” I talked to him about what I wanted to do: get the demon out of the house so wife can go to the police with kids. We came up with a credible excuse. Then he called a buddy of his who is a detective for the local police to see if he had any advice about navigating this. After he called back, he told me the detective said to go to the state police rather than local city Police Department or Sheriff.

During the six hours while the daughters told their story to the police, my wife learned many things about the larger situation. The file on this man is huge. He and his ex-wife were master manipulators of the courts and were in and out of court all the time until he finally won custody:  not because he deserved it, but because he out-manipulated her. While we don’t know a specific amount, we also came to understand that he has a lot more money than he lets on, obtained via manipulating the welfare system.

My buddy and I managed to keep the abusive dad out and about for six hours.  It was distressing and difficult talking and joking with a monster. I delivered him to the police without incident. He got an order not to see the kids, but still maintained custody. We got to take the kids home for that night then go to church and have a good day with friends. But on the way home we got a call we were dreading. The caseworker called and said the father said the kids cannot stay with us. He tried not to let them go to his brother, whom he hates and has instilled a fear of his brother and his wife in them. We consoled the kids as best we could while packing them up and then took them to a meeting spot. Since removing the kids from a home where they were happy and safe wasn’t torture enough, he quickly took away their electronics to prevent communication with those who support them. We can still send the kids anonymous gifts and messages because the only thing preventing us from seeing them is their father’s wishes. We will be doing everything to help get these kids school supplies and decent clothing (which the demon denies them). In all this upheaval, what have I learned from my face-to-face encounter with evil? Well, first off, God is always there. From getting out of the Navy, to starting and leaving a foster program, to convincing “the monster” to stay in state, and probably a million other little things that lead us to this opportunity to intervene on behalf of these kids. Second, is that I can maintain my cool when all I want to do is exact true and righteous fury upon someone. Third, that evil can come in all shapes and disguises, and you must always be vigilant. Those are the big ones, and I am sure I still have a lot more to learn about this but helping those kids through this is the most worthwhile thing in the world. If we can give the kids a chance of getting out of this situation and have the life they deserve, it will be worth it no matter the cost to us. Looking back, I’m glad I have had the opportunity to experience this. As hard and emotional as the past few days have been I’m happy to have ended up here. I have seen evil in its face, and I know that I have done everything I could to help those that needed my help. I have often said that I wanted to be tested, to truly see what kind of mettle is in me.

In my imaginings, my test involved me using violence to defeat evil, but this one was harder, where I have had to exercise immense restraint. God doesn’t give us the test we want; He gives us the test we need. I thank God for giving me this test and hope I pass any others He sends to me.