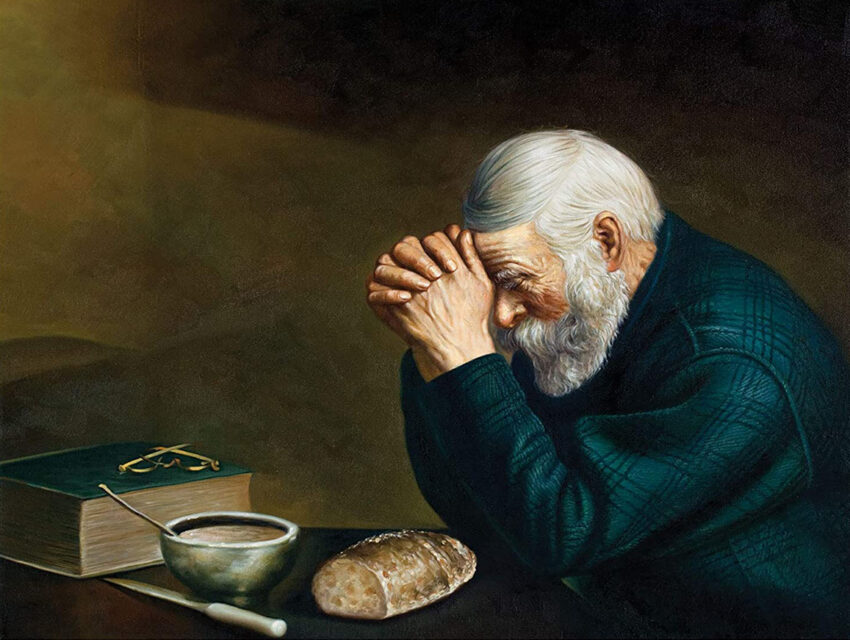 Human Need Being Addressed [FCF]: The best thing one can attain in this fallen life is godly wisdom.

Big Idea: Without God, nothing lasts.

Sermon Introduction: What are the best things in life? Some will say money, gold, or jewels. Others say love is all you need. Success. A rarely given answer, but a better one than most, is contentment.

Everyone asks this question, or, at least, they should. Every culture has tried to provide answers. Some people provide better answers than others.

The ancient Hebrews not only asked this question, they constructed an entire branch of literature devoted to the answer. Their answer was wisdom. Several books in the Bible are wisdom literature. Some of the Psalms, all of Proverbs, and Ecclesiastes, Job, and Song of Solomon. Let’s look at their wisdom. The quest for wisdom even wove within their hymns. An old Jewish proverb states, “If you have wisdom what do you lack? But if you lack wisdom, what do you have?”

At the same time that the Hebrews were writing wisdom literature, the Greeks were developing philosophy. Both are good, but wisdom literature skips over something the Greeks saw as very important. The Greeks argued for pages on end about why humans should be moral. Both saw morality as the foundation of a good society, but the Hebrews saw moral instructions as coming directly from God and that alone was reason enough to be moral. One doesn’t seek wisdom for the sake of society or your family or fear of reprisal. Yes, bad choices bring bad consequences, but the law is followed because it comes from God, the source of all things good. If God gives wisdom, it must be good.

Proverbs, Ecclesiastes, and Song of Solomon were all written by the same man, King Solomon of the united Kingdom. Around the time he was crowned king, God offered him anything he wanted. Solomon showed wisdom in asking for wisdom to lead the people and judge between their problems. In Scripture, we see several examples of his wisdom, but we also see how he did not always live up to that wisdom. Like all of us, he chose poorly at times. By taking so many wives for political arrangements, he let idolatry into the kingdom.

Scripture Introduction: Turn to Psalm 127. The text comes from one of the fifteen Songs of Ascent. Psalms 120 through 134 were sung on pilgrimages to Jerusalem. Going towards Jerusalem was always considered upwards, much the way that we consider north to be up. Going away from Jerusalem was going down. Four of the songs are attributed to David and one to Solomon. All of them are short, repeat key words, hopeful, and focus on Zion. Even those which talk about the people being in trouble express hope, knowing that God will rescue them.

Just before reading of the Gospels, Eastern Christians chant hymns based on the Psalms of Ascent as a reminder that they are all proceeding to the Heavenly Jerusalem. In monastic circles, they are prayed daily at nine, noon, and three.

Psalm 127:1-5  A Song of Ascents, of Solomon. Unless the LORD builds the house, They labor in vain who build it; Unless the LORD guards the city, The watchman keeps awake in vain.  2 It is vain for you to rise up early, To retire late, To eat the bread of painful labors; For He gives to His beloved even in his sleep.  3 Behold, children are a gift of the LORD, The fruit of the womb is a reward.  4 Like arrows in the hand of a warrior, So are the children of one’s youth.  5 How blessed is the man whose quiver is full of them; They will not be ashamed When they speak with their enemies in the gate.

Psalm 127 is the only Psalm of Ascent attributes to Solomon. We do not know when he wrote this, but it echoes the same theme as Ecclesiastes–vanity–though it uses a different word. Here, we see the same word used in the third commandment, “you shall not lift up the name of your God in vain.” It means much more than not being profane or swearing. It means to not burden yourself with the name of God thoughtlessly. As Jonathan Edwards said, “it is a fearful thing to fall into the hands of the living God.” We focus so much on the love of God that we have forgotten His wrath. We long so much for mercy that we cannot grant justice. The two must be held in balance.

Psalm 127 begins with a warning, “Unless the LORD builds the house, they labor in vain who build it.” As is common in Hebrew poetry, Solomon immediately restates the first sentences with, “Unless the LORD guards the city, the watchmen keeps awake in vain.” These two sentences say the same thing. If the LORD isn’t for you, you will fail. No one builds a house without careful planning and determination. However, planning won’t cover every circumstance. You can even begin with God on your side and abandon Him. He might build the city, but those who turn away will find their guards ineffective at the next attack. Many ancient cities fell to invaders because the watchmen fell asleep.

Wisdom always comes in two forms. First, there is the positive side, this is how to live your life. Secondly, there is the negative side, avoid this to live well. This psalm focuses on the positive. Keep God in the center to live well. At the same time, the negative can be inferred from each. If you don’t follow God’s will in something as mundane as building a house, you won’t follow Him in more important things. “Those who are faithful in little things will be faithful with great things.”

If you have God in focus, your house will be built well and your city walls stand strong.

Solomon’s next warning regards chasing money. Those who rise early and lie down late are doing it to maximize their time working. However, that doesn’t matter. Working in pain doesn’t please God any more than working in pleasure. God rewards those who are for Him in their work and in their sleep. A pleasant rest is better than money in the bank because it gives a cheerful disposition that can’t be taken away. You must not let work take away what God has given you.

Solomon tells us also what the greatest reward from God is. Children. They are a gift of God and the closest you will get to immortality in this life. Every one of us carries the genes of Adam and Eve.

One of the greatest ways that God blesses His people is to provide more of His people! I have never met anyone who said they regret having their children. On the other hand, those who abort their children later find the regrets.

The Psalms of Ascent have many other nuggets of wisdom. The next one begins with “Psalm 128:1  How blessed is everyone who fears the LORD, Who walks in His ways.” and ends with a promise of long life to those who walk in God’s ways. Even these psalms that cry out for help give wisdom and guidance. You just have to ask yourself how to turn it that way.

We have seen just a small sample of Solomon’s wisdom as shown in Psalm 127. I encourage you to read not only the rest of the Psalms of Ascent but the wisdom books that Solomon wrote. Psalm 128 begins with the wisdom statement of “How blessed is everyone who fears the LORD, who walks in His ways.”

All the Psalms of Ascent can raise us above our current level of living. The best things in life aren’t things. Seek wisdom, for where there is wisdom, the Lord is also. Scripture tells us that the fear of the Lord is the beginning of wisdom and that the fool has said in his heart “there is no God.” Fool doesn’t mean empty headed. It means “one who makes immoral decisions.”

Gain wisdom that you make good decisions. Start by fearing God. Learn of God and from God. Use that wisdom to guide your family.

You know where to find wisdom. You find it in the Word of God.