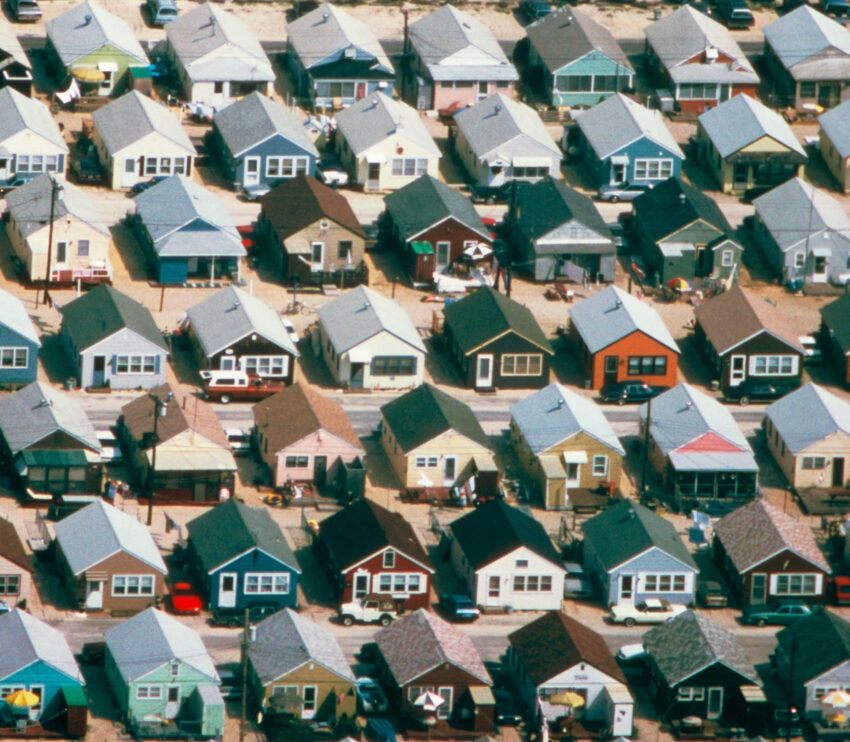 The Boomer generation is greatly despised for many valid reasons. But they hardly sprang full-grown from the brow of Zeus; generations of preparation were needed to produce this g-g-g-generation of self-congratulatory, blind, narcissistic, super-annuated children. If we do not see what transpired to create the Boomers, we have no chance to restructure our society properly.

Since the Fall of Man in Genesis 3, the forces of satanic evil have been bent upon the destruction of mankind. Their reasons cannot fully be known to mankind before Christ returns, but certainly involve hatred of humanity as usurpers, new creatures made in the image and likeness of God, who will eventually judge them (as Paul tells us in 1 Cor 6).

Over millennia, the shape of that hate-filled agenda has followed many tactics. It is the advantage of immortal beings to be able to plan and scheme for projects that take centuries.  Short-lived humans can barely see those plans even as their ending scenes unfold.  Do we not all know people who scoff at wild “conspiracy theories” that take mere years to decades to play out, such as the recent pandemic? Even more they disregard and laugh off the idea of plans to destroy humanity being set into motion centuries in advance. Even for those of us who believe in the supernatural realms and understand the spiritual war behind everything we see playing out in our physical world, seeing the pitfalls being placed before us at the beginning of the next scheme is nearly impossible.

“The iniquities of the fathers are visited on the children to the third and fourth generations.” (Noted in Exodus 20, Exodus 34, Numbers 14, and Deuteronomy 5.) That sounds like harsh and unfair punishment – but it describes perfectly how long it takes for natural consequences to fully realize. It’s not harsh or unfair at all; it’s reality. It may even be optimistic. It took at least four generations of minor iniquities piling up on upon another, to produce the narcissistic train wreck called the Boomer generation.

The Industrial Revolution opened doors for evil entities to set another long-term trap for humans. Industry magnates were led to see fellow humans as expendable, and to put profit above every other consideration.  The new factories lured men to move from the country to the cities for the promise of better-paying factory work and a better life. That was a Beast promise; lucre in exchange for mind-numbing work. Men no longer could look at their day’s work and see plowed fields, a completed barrel, or a freshly-shod horse. Instead they had nothing tangible at the end of a long day except the certainty of more drudgery tomorrow and a pay packet at the week’s end.

Children were crippled in unsafe factories.  The slow disruption of the long-standing ties of family and place to each other was underway. For all the problems of village life and limitations on options, a limited parochial outlook, and even issues with in-breeding, village life was, and remains, in many ways the best system for sustaining extended family and community structures.

The move into cities did not bring about the same type of community structure that was left behind. There were similarities – one very successful tactic of the Beast system was (and is) not to change too much, too fast. Cities were comprised of neighborhoods, with a source of new friends nearby, who could help in times of trouble to some extent. Without the bone-deep trust of organic communities. These people were thrown together by happenstance, without elders whose wisdom could be accessed, with a commonality of working in the local factory rather than familial interconnections reaching back for centuries. The elders that were not around now “wouldn’t understand what we face” going forward; a separation from roots started but was not recognized.

Fast forward through numerous regional wars, two World Wars, a Dust Bowl, and a Great Depression. A greater concentration of people were living in the cities compared to even a few decades earlier. They were driven there by social upheaval, loss of young men to war, loss of farmland to crop failure, or bank failure, or bankers’ foreclosures on farms and small-holder properties. Social upheaval in general, functions as a wealth transfer from the lower and middle classes to the wealthy; I leave it to the reader to decide how much they think is planned and how much is pounced upon as serendipitous.

The Second World War gave us the group now termed “The Greatest Generation” who banded together in patriotic fervor to fight in Europe and the Pacific. The women joined the Armed Forces in support roles more than ever seen previously, and also took over “men’s work” in factories to support the war efforts.  Working outside the home, for wages of her own, not as a stop-gap job between high school and marriage or in support of a disabled spouse or aging parent, was not entirely new. But to a great number of these women it was a new horizon with a heady sense of opportunity beckoning them to be ‘as good as’ a man. Working outside the home and immediate community would have been very difficult just a few decades earlier, as the first disruptions had to have been placed beforehand. The Beast system was preparing still more disruptions to be used in years yet to come.

After WW2 the soldiers came home, and a new phenomenon of “the suburb” was inaugurated. Developments of nearly-identical houses on nearly-identical sized lots drawing young couples and young families with the joy of safe yards in which the kids could play and people around you in similar circumstances. How wonderful; an entire social structure of adult work and play outside the city and also without the hard daily and communal life of a village. The suburb also brought more isolation, leading wives and mothers with dissatisfaction in the endless round of solitary housework, cooking, washing, ironing, and more.

New conveniences took what had been joint work with other women and turned it into more separation. The feeling of doing important work for the war effort was no longer there. “Soap operas” sowed copious seeds of dissatisfaction leaving openings for the “Women’s Liberation” movement to wreak more havoc in years soon to come. Husbands and dads worked now in offices separately from the other men, and saw their fellow neighbors to wave to on weekends while mowing lawns. Schools separated the children by age cohorts instead of multi-age classrooms. No longer did children come in as wee ones, helped by the bigger kids, and move up through the ranks to help the younger ones in their turn. The little dramas and concerns of their own age group were all they knew.

Grandparents stopped being a daily factor in the lives of the children.  Instead of passing on the family lore, teaching the old skills, discussing the tenets of faith, and being a repository of wisdom and connection, they were seen at major holidays, for a fancy dinner. Church was relegated to the periphery of weekly life with Sunday services, with no talking or squirming allowed, rather than being a center for all social activity during the week. Fathers, busy at work in the city, did not fill the priestly role of father. After all, Sunday school was available weekly to take on that role. Mothers let the schools educate the children while they were busy with folding laundry or going to the beauty parlor. Children centered their lives around school friends and sports teams, all age-segregated, and all centered on them and isolating them ever more from the roots of family and faith and greater community.

Over the course of well over fifty years the Beast system slowly and carefully inverted family life from one structured around extended family, neighbors who were if not family then friends of generations’ standing, shared work, common interests and goals, all centered around faith and organic community, to one of isolation and self-focus.

The kids born into the Boomer generation were the fruit of these decades of preparation. Brought home from the hospital (not born at home) to a suburb where mom had little or no help, fed by bottle on a schedule, seeing dad not as priestly head of his family but as the punishment-source and weekend lawn-mower. Grandparents were distant figures, the source of presents and traditional meals. Segregated by age at school.  Left to roam the suburbs in groups, playing and “horsing around” rather than being an integral part of the family’s support with garden and livestock duties. Prolonged schooling with no connection to the adult world, reinforcing the “endless childhood” idyll fantasy.  Everything was designed to set them apart, prevent them from learning and accepting adult duties, to grow distant from faith, and to consider their own small concerns of prime importance. For girls, to see lives as wives and mothers to be a cycle of drudgery not appreciated by husbands or children, nor aided by help from family. For boys, to see lives as husbands and fathers to be a distant figure, dreaded by the kids and tolerated by a wife, a source only of a paycheck to continue the suburban existence.

Is it any wonder the Boomers turned out to be the most immature, self-centered, narcissistic, self-indulgent, oblivious, clueless, and agnostic generation that the world had seen?

In looking back, it is clear we must rebuild the societal structures that promote family health, and utterly reject those that undercut the primacy of family.  Those structures will include combinations of

As much as I disdain Boomers, from my proximity to their group I see plenty of blame belongs to the “Silent” generation (I’m in Generation Jones; the Boomers were ‘the big kids’ when I was growing up). Some of the societal ills blamed on the Boomers were allowed in by the Silents – that is the generation that did not rise up in disgust when prayer was taken out of schools, for one example.

Many of the ills for which Boomers were the lynch-pins were the culmination of forces in place for decades. They don’t deserve blame for not seeing what was underway before they were born. They deserve all the scorn that can be heaped on them for the self-aggrandizement with which they take credit for every good happenstance, and the dismissal with which they brush off the problems their selfishness has caused younger generations. Mostly they are a warning to us all of the horror that can result from incremental ‘progress’ in society. The long view is needed with every decision, because those repercussions will not truly be seen for 3 or 4 generations. Do we need more of a warning than the example of the Boomers?

1 thought on “Boomers and the Beast”