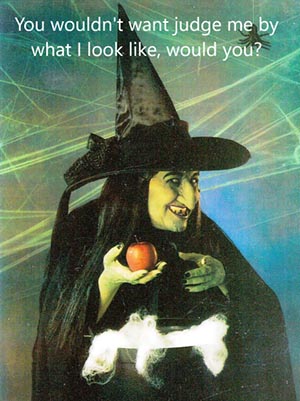 Why is everyone so ugly? Notice that I said everyone and not everything. It’s an important distinction. There has been a near endless discussion as to why lots of -things- are ugly in this day and age. Whether its architecture, art, or entertainment but one of the things people still seem to shy away from is a discussion on why ugly people are highlighted in every opportunity.

I recently started watching Amazon’s Wheel of Time, and one thing I couldn’t help but notice is that the most attractive woman in the show is Rosamund Pike. While I am by no means saying she is a supremely ugly woman, she is 42 and well past her prime as far as look go. This is the cast from the show currently: Now, I’m not generally attracted to non-Germanic women. The father away from Europe the less attractive I typically find them. However, I have seen attractive women of non-European variety.  I would rate Madeline Madden (bottom left) at most a 6 out of 10, and Zoe Robbins (bottom center) at most a 5 out of 10, Pike I would rate a 6.5-7 out of 10. Now these characters were race swapped which is a different issue and one I won’t be getting into today. The problem is that these women were supposed to be beautiful. Robert Jordan described them that way and that is the way they should have been cast.

This isn’t the only place where this has occurred. Paul Rudd was voted the sexiest man of 2021 by People magazine. While looks are less important for men, I am certain People could have found a more attractive example of masculinity. Maxim’s 2021 Hot 100 listed a black woman for the first time. Who did they choose? Teyana Taylor, a woman remarkable for her average looks if nothing else. I could go on about this, but I am sure you get the idea.

For years we have been subjected to the concept of the mean hot girl and her wonderfully good, but tragically ugly best friend. The thing about that is that it is totally false. It is more typical that the beautiful girl is the good person, and the ugly girl is the mean one. Physiognomy is a real thing. You can and you should judge people by what they look like. Prof Ed Dutton wrote a book on it called How to Judge People by What They Look Like that provides a guide and scientific backing as to why this is the case.  Check it out on Amazon.  But if this is the case why has the idea that we can’t judge people by what they look like taken such hold?

Well, there are lots of reasons. There is of course the satanic cult that pushes for the inversion of all things trying to make ugly beautiful and beautiful ugly. We have the age of #metoo (haha pound me too) where harpy middle aged casting directors are in charge so the middle aged white woman needs to be the most attractive woman in the show. We have the spiteful genetic mutants that are so maladaptive that they try to push their misbegotten attitudes on everyone. The confluence of these larger factors, as well as smaller ones, and the fact that this is the ideology of the people that hold positions of power in the media and entertainment has caused this narrative to be pushed. The emphasis is on the ugly people rather than the beautiful ones. There is good news in all of this though: it can’t last forever.

It is not just that Christ will come, and this nonsense will end, it is impossible push too far past nature. Shame and guilt can push people into trying to act counter to their nature for a while, but it eventually comes back. Still, for all the lists of attractive people out there that have been infiltrated by ugly people they can’t eliminate them all because people will stop watching. The other side of it is that it many people will still act the same regardless of what they say they want. Nothing makes this more clear than modern feminism that preaches women need to act against their nature. It is rarely successful at getting women to ultimately do so.

People want to see beautiful people doing beautiful things. Certainly, there is some room for preference in all that, but it’s been that way throughout history. So, don’t get caught up in the cult of ugly. Be beautiful. Just because the face God gave you isn’t amazing doesn’t mean it’s ugly (I am in this category). Keeping a clean appearance and dressing in a nice manner are important factors in letting others know you value good, true, and beautiful things. Do not be afraid to call out that which is ugly, whether it is behavior, thing, or people. Keep your eyes on the good, beautiful, and true and don’t let the cult of ugly people guilt you into doing or saying otherwise.

4 thoughts on “The Cult of Ugly People”