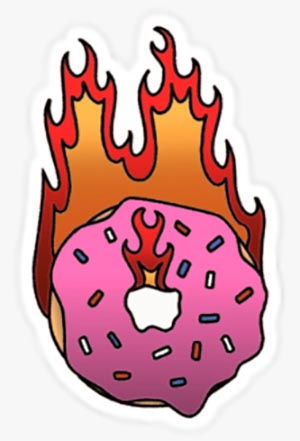 In which Ruler of the Doughnuts reviews books and entertainment.

Here at PFAR I like to think we all strive to go the extra mile. Trying to give our dear readers as much as we can give. So, when asked to give a review of the Castalia Junior Classics I decided to just go for broke and give you all (ya’ll for our Southron friends) 3 reviews for the price of zero. Wait, you may ask (even though you didn’t), you’re giving away these reviews for free without being asked? Absolutely. Then you may ask (even though you still didn’t), But I just wanted the Junior Classics review can I just have that? Well, the answer is no, dear reader (I don’t say readers because there is probably only one of you), as an authority figure probably said to you at one point: You’re gonna read it all and you’re gonna like it. So, with out further discussion I present to you the Ruler of the Doughnuts review bonanza!

In terms of the battle for Western Civilization, which sadly every day seems a lot like a disorganized route for the God-fearing descendants of the European nations, there are few things more important than books. Books allow us to store the stories and traditions of our forefathers and help us to understand where they were coming from and what they wanted for their descendants. Enter the Castalia Junior Classics – The Junior Classics 2020 Edition Volumes 1 – 3.

Steeping our children in the stories and myths of our ancestors is a great way to help lay down the foundation for understanding the legacy and traditions which they will inherit. Comprised of a vast array of work from Greece to Scandinavia and from ancient myths to tales of chivalry, Castalia House has begun reprinted a stunning collection of these classic Western tales for children. By the time you are reading this, the first six volumes will be available.

Recently, I began reading these to my youngest daughter, who is seven. She loves them. She wants me to read them over any of the Arktoons kids comics and specifically requests them at bedtime. We have been alternating between two books currently, the Norse Legends and the Greek and Roman tales. She says she likes them because “They are adventurous and brave,” and humble “like me”. She says her favorite story so far has been the first legend in the Greek and Roman Myths book, which was the story of the naming of Athens. Much to my dismay she hasn’t said anything about my Scandinavian accent or any of the voices I use when reading the dialogue.

Not only do kids like them, but adults love them too! As an adult I am having just as much fun reading them as my daughter seems to have listening. Being that it is a collection from an older time some of the phrasing is a little awkward for this modern reader at times.  It flows beautifully, and the fault is mine if it takes me a moment to speak it clearly or I need to repeat something spoken awkwardly. My daughter does not seem to mind it though. Beyond the experience of reading them to my daughter what I find interesting is that, despite already being familiar with many of these legends, is that I am learning new things. For example, I didn’t know that Loki and Odin were actually blood-brothers (I’ve read versions of these myths before). These stories are crafted in a way that keeps the interest of both adults and provides an incredibly enjoyable experience of both education and entertainment full of exciting and epic tales of extraordinary escapades (ok sorry, went a little wild with the e-words there).

As a final metric, for those of you who are quantitatively inclined, I will rate the Castalia Junior Classics at 5 of 5 perfectly cooked pasta noodles:

Free Trade Doesn’t Work: What should replace it and why

Trade is a serious and important subject, one that affects the entire economy. The problem is that it has been corrupted by an ideology that is false and actively harmful. Don’t believe me? Have questions? Like overusing question marks? (okay, so not that much that last question). Give Ian Fletcher’s Why Free Trade Doesn’t Work a read.

Fletcher’s book outlines what those in favor of free trade believe, the underlying assumptions, he breaks it down and shows why it doesn’t work, and then talks about real solutions to the problem of trade. In the shift of American values to the idea that freedom is the most important imperative in human existence people often get the idea that anything associated with the word free is an entirely and objectively good. Free trade is no exception to this concept. Fletcher manages to take apart in a few paragraphs positions I myself held for years. He not only destroys the arguments for free trade, he builds the case and provides several options to fix American trade issues and develop portions of our economy that will help provide better standard of living for all Americans.

The best thing about Fletcher is that in addition to being an economist he has the unusual ability to explain these complex economic issues in ways that an economic layman, like myself, can understand. I like this aspect because it provides an intellectual backing for arguments that most people find intuitive and might have trouble explaining. Armed with the information in Free Trade Doesn’t Work you could debate any non-economist free trade enthusiast and not only beat them but do so with information and concepts they likely have never even pondered.

Fletcher’s work is a must-read for anyone interested in understanding free trade’s flaws and why it is a system that will only bring ruin and poverty to countries that champion the practice of it. The last 1/5th of the book contains sources for all of the footnotes he provides. It is a well-sourced, insightful, and thorough destruction of free trade. Rating: 5 of 5 high-quality leather books:

Okay, so I watched the trainwreck of a show, and because I am efficient, definitely not lazy, I’ll give you the review I posted on Amazon. Don’t say I never did anything for you:

Series is an SJW fan fic

What if some Social Justice Warrior had written a fan fic loosely based on the Wheel of Time? Look no further than this series. Robert Jordan wrote a story with specific characters that looked and acted a specific way. Besides the fact that small, isolated community seems to have a set of extremely diverse families (yikes I don’t want to know their marriage traditions.) The series is diverse to the point of nonsense.

Another element taken out of the story is the male/female dichotomy. One of the most interesting parts of the book was the interplay between the men and women in the story. That is all removed. The Dragon Reborn? Oh, can be a man or women, doesn’t matter. The One power? looks and seems the same for either sex but they can’t see each other. The series is full of these kinds of differences, which matter when it comes to good story telling. Yet another story people enjoy, trashed by incompetent people with an agenda.

For Amazon I had to use stars but here I will give the show 5 of 5 dumpster fires: