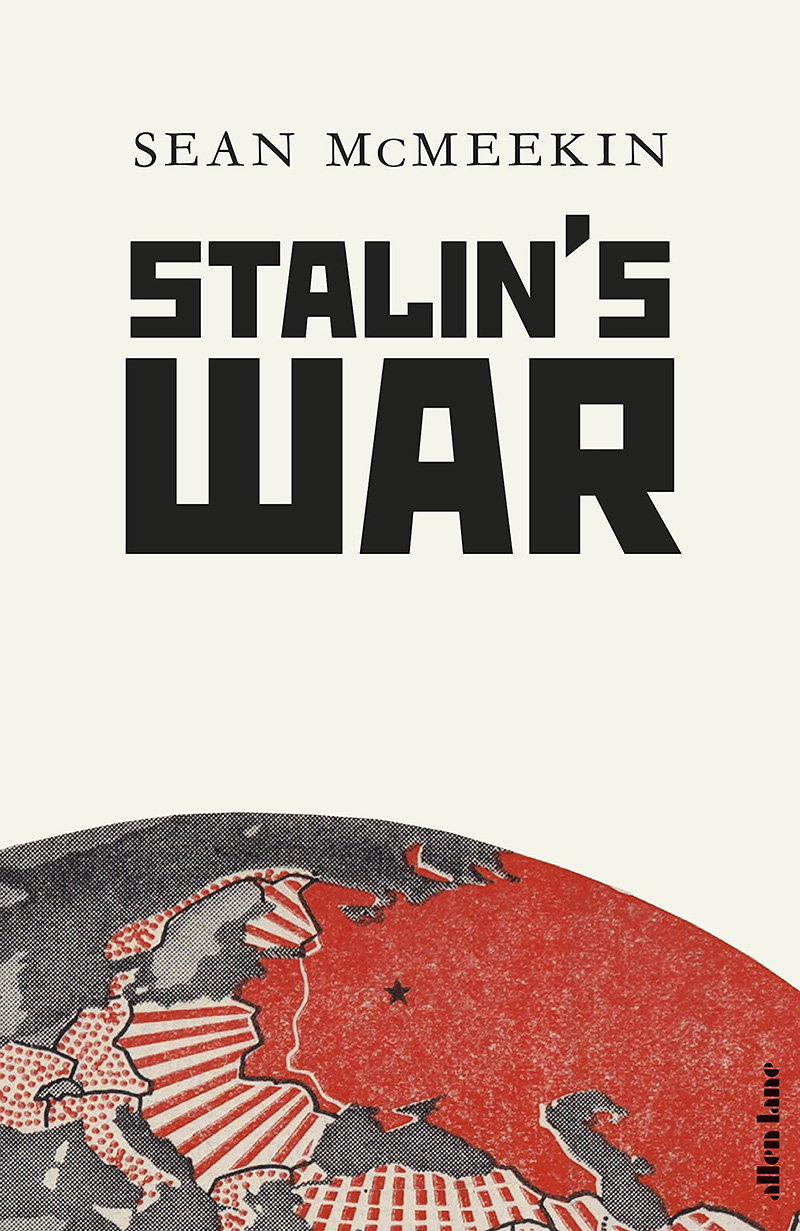 Stalin’s War is a book authored by Sean McMeekin. It is a revisionist’s history of World War II which makes a convincing case how many of the motivations and events surrounding the war are completely different than the how the typical Westerner has been educated. It is absolutely necessary reading for those concerned with finding more truth about WWII and many of the high decision makers involved. Please note McMeekin has done wonderful work by publishing a narrative that goes wholly against the grain of mainstream thought and he deserves praise for risking the ire of the powers who currently rule the West.

Is Stalin’s War worth reading? Yes. Buy it, rent it, ebook it, whatever you can to get your hands on it. It does what most modern history books do not- it uses math as a foundation for its narrative building. In other words, it has built its story upon axioms that, if true, utterly destroy the Western view of how World War II started, played out, as well as the subsequent results.

Movies and other forms of WWII propaganda paint Nazi Germany as this ravenous behemoth that engulfed Europe in its unstoppable warpath until the beaten and almost broken USSR finally regrouped at Kursk and Stalingrad, and eventually ground to a halt the bloodthirsty Wehrmacht. With Germany caught off guard by the Soviets’ defense, Good Guy USA comes flying in with more tyranny-destroying bombs of liberation than the Kraut’s bargained for. Fighting alongside their British cousins, the Americans raced the Soviets to Berlin in their freedom campaign to decapitate the biggest evil- Hitler. Oh and of course don’t forget the systematic extermination of six million Jews being tortured, gassed and burned as their captors fought the largest two-front war ever recorded human history. And Hitler! And something or other about Japan and atomic bombs. Did I mention Hitler? All of the above are addressed in both specific and overall strategic detail. And none of the given analyses stray into emotionally driven Hollywood-esque narratives. McMeekin does an incredible job of laying out the numbers and forming a comprehensive narrative of which encapsulates the mathematical reality of the situation. Not enough praise can be leveled for the amount of truth written within these pages.

However, for the amount of praise I afford the book with regards to investigations into war material, soldier casualties, civilian deaths, officers executed, prisoners of war taken, and timings of lands conquered, two specific subjects beg the question. One is the holocaust. The other is the actions of Churchill and FDR with regards to Stalin.

Concerning the holocaust, McMeekin loves numbers, except when they apply to Jews. He pays full lip service to the supposed atrocities the Germans inflicted upon the Jews in the various concentration camps- with the worst being in territory that fell to the USSR. This is especially odd for a multitude of reasons. McMeekin conclusively proves with basic math how the narrative of World War II is not what we were taught, while also readily acknowledging the updated accounts of what happened in USSR territory since the Russians made available to outsiders seeking information from their vaults. Revisionist history is, by definition, going against the grain of the mainstream. Seeing as such, one writing a revisionist narrative would expect push-back from various sources that believe in the mainstream view. Although I do not know the reasons for such oversight, it appears going against the grain when the grain concerns the Jews is even more off limits than the entire narrative of WWII itself.

My latter critique concerning the relationships of Churchill and FDR to Stalin is one that I suspect McMeekin expected the reader to infer, though this is odd considering the above critique. FDR’s actions in particular beggar such belief that reading the accounts of his decisions as well as his exact words paint a picture of the most grotesque caricature of a non-sexual cuck in human history. FDR would have licked Stalin’s boots if he were so inclined to ask. McMeekin provides the explanation of the English and American leaders’ actions to those of Stalin’s character. Stalin was apparently such an unbelievably suave, charismatic, handsome, and commanding individual that he didn’t even have to hint in order for actions from FDR and Churchill to take place on his behalf. Some of which include committing highly illegal domestic acts, hiding actions from the public, blatantly lying about US and UK involvement in the war, betraying known allies, ignoring top military commanders and intelligence, promising to execute tens of thousands of German officers, planning to bring the Germans back into a pre-industrial sustenance farming existence, as well as many many other catastrophically abhorrent actions.

All of this to say this second critique ironically challenges the foundational narrative of Stalin’s War itself. McMeekin believes Stalin was the mastermind behind World War II, hence coining it as Stalin’s baby. There is no doubt Stalin played one of the central roles in this grand reshaping of the West, but I do not believe the topical explanation of a person being so unbelievably charismatic that others belonging to different nations would readily sell out their own people in one of the largest transfers of wealth and power in human history. An alternative explanation that goes beyond mere speculation and is grounded in observable facts is that FDR and Churchill were owned. They were obviously given orders to back Stalin at every conceivable opportunity, no matter the cost.

I suspect McMeekin’s blind spot is due to his inability to apply math to Germany’s initial enemies. We know Churchill owed massive debts to the Rothchilds. We know FDR practically handed the US government over to the Jews by positioning said groups in various key advisor, intelligence, and leadership roles- most right leaning books on this subject refer to them as “communists” but the racial identification is much more accurate. We know of the overwhelming Jewish Bolshevik revolution and subsequent repression of the Russian people. We know of US Jews in US newspapers praising the Soviet Communist regime as their version of heaven on Earth. We know of Jewish desecration spreading west from the USSR. We know of World Jewry’s declaration of war on Germany once Hitler rose to power and removed Jewish power over Germany. We know the Germans did not slaughter and burn six million Jews. We know of the Jews’ hatred of Christendom and of the European Nations.

Stalin most certainly benefited from World War II. But so did the Jews. Israel was founded on May 17, 1948. The state, which did not even exist during WWII, was recognized by Truman on the same day and the USSR three days later. A new country set up in a part of the world that had practically nothing to do with World War II, being immediately recognized by, then, Cold Warring enemies, and the amount of influence it has expressed since its founding leads one to suspect the Jews were more than meek tragic figures targeted by the Nazis during the war.

Whatever the reason for McMeekin’s blindness, his work is easily still worth reading.

There were many portions of Stalin’s War where, just about every other page, I would turn to my buddy and say “You are not going to believe this.” After enough instances of this behavior, he responded “at this point, I would believe anything.” The amount of reference material alone is worth having. It comes in a little under 700 pages of prose, with another 150+ of notes and references. McMeekin has done a service to the memories of the victims who fell prey to the Powers That Were over World War II.

You can find me on Social Galactic. I attempt to post at least once a day-
@DenBlondeUlven

You can also email me-
denblondeulven@protonmail.com