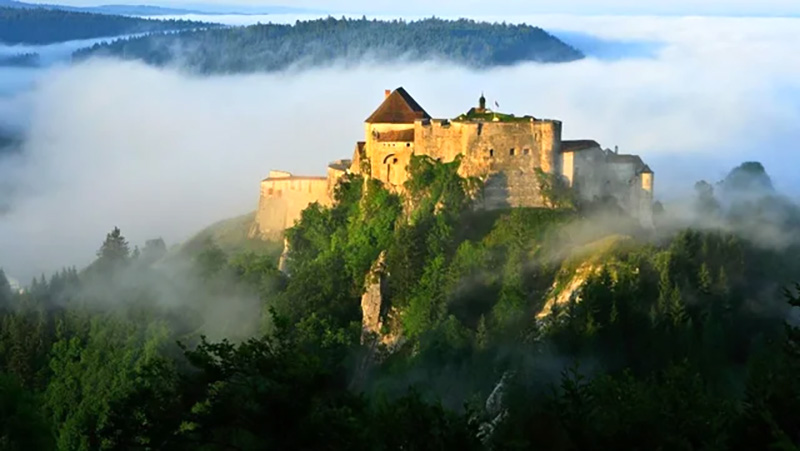 Preface: I had written this for my now defunct blog many, many years ago and thought it worth recovering from the Internet dustbin. I’m pretty sure it’s from the 2007 or 2008 timeframe. It’s provided unedited (except for a couple of typos). The pictures are new, though.

But now I want to look at whether the wager is even valid or not. For the wager to be valid, two conditions must be met:

Kant’s position was that since we can only perceive the world through our human senses, we cannot know everything there is to know. What we can see, hear, touch, taste, and smell is only a portion of the universe. There are things beyond our senses. And even the devices we build to see beyond our senses merely translates something into something else we can perceive. Because of this limitation, there is no way to verify if what we perceive is true. We have only our senses, and to use the senses to prove the senses is circular. Therefore, everything we know about the world is based on the unproven assumption that our senses are accurate.

Hume had a different take. Hume stated that all our scientific knowledge is based on empirical observation. That is, we repeat something many times and measure how it behaves. The problem with empiricism is that it is not proof. It is evidence, yes, but for it to be proof, you have to observe every single instance of the cause and see the same effect. So while we may be confident that X causes Y, observing X then Y many times with a very high correlation does not mean that there are not cases where X happens and then Y doesn’t happen.

So while we may be very confident of God’s existence or not, we cannot know with certainty. So the first premise of Pascal’s Wager is satisfied.

So now let us look at the risks and rewards. We shall start with the eternal risks and rewards first. If God does not exist, then there are no eternal rewards. Nor are there eternal risks. There is no box on the other side of life we have to fill in in order to make our assessment. There are no positives or negatives. But if God does exist, then the reward is eternity with Him in His heaven. Whether you call it heaven or paradise, you receive what makes you happy and satisfied for all time. (Whether what you receive is what you think makes you happy is another discussion). But the risk is the opposite. Eternal suffering. For some it is living in a pit of flame and despair forever. For others, it is returning to live again on the earth. (This last had more impact before the Europeans created ubiquitous luxuries and living was actually hard). So if God exists, it’s eternal bliss or eternal suffering.

But what about the temporal risks and rewards, those that affect us in this life? If God does not exist, then there is no moral truth, no right and wrong. There is no transcendent meaning to our lives. The universe just is, for no particular reason, and we just are, for no other reason than because the universe just is. And that’s all we’ve got and we can do with it as we will.

For those who accept this as truth, they are free of all moral obligations, and can do anything their heart desires. And the only limit on this is what others (such as society) allow them to do. Might makes right, for there are no other external limits on behavior. So the reward is to do whatever you can get away with. But the risk is that someone could come and do whatever to you.

For those who believe that God exists when he does not, they are deluding themselves. They may be content in this life, believing that ultimately everyone will get their just rewards, but won’t ever find out that they are wrong, since they just cease to exist upon death. In the meantime, they place limits on their behavior. They do not do everything they want, because sometimes God says it’s actually bad for you, and sometimes what they want hurts others, and God doesn’t want them to hurt others. This prevents anarchy and armed conflict and generally allows people to get along, so most people, even those who don’t believe in God, consider it a good thing. However, in their zealousness, the believer often imposes these limits on the non-believers. The non-believers do not like this, especially in cases where the harm of the behavior is not obvious. This can cause conflict, and would be the downside of believing in a God who does not exist.

Interestingly, the temporal risks and rewards are very similar if God does exist. For those who do not believe in God, they still have no moral limits or meaning to their lives. And they are still in conflict with those who do accept the morality of God and the meaning He gives to life. What changes is that if God exists, He can step in and give blessings to those believe in Him, and withhold them, or even punish, those who do not.

So for assessing risks and rewards of God’s existence, they are mostly tied to eternity after death, with the temporal rewards being driven largely by our own choice. So it is still reasonable to believe in God even if we aren’t sure, because the rewards in the here and hereafter are greater, while the risks of not believing are higher, both in the here and now and in eternity. So the second premise is satisfied.