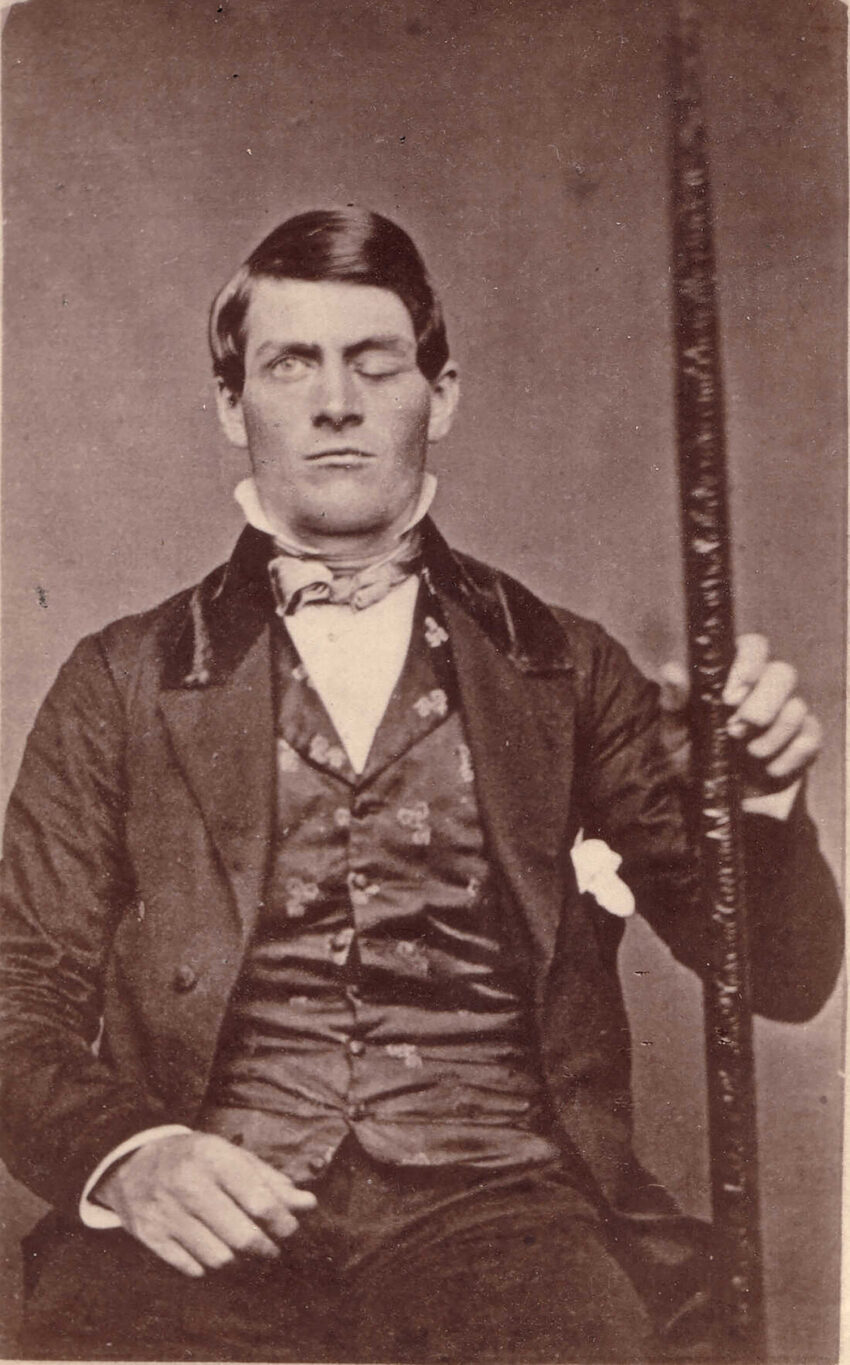 I have ADHD (attention deficit hyperactivity disorder). I’m going to try to explain what it is and how my life with ADHD differs from yours, you who very likely are what we call ‘neurotypicals.’ Neurotypical, which means ‘normal brain,’ is a big, catch-all term for people who don’t have ADHD, autism, borderline personality disorder, or other neurological or psychological issue.

To begin the explanation:  there is a man, a case study, who psychologists and therapists should know very well.  I wouldn’t be shocked if doctors know of him, too. He was a completely normal man, until he wasn’t. His case is interesting and widely studied in the field of psychology.

Phineas Gage was a good man. He worked in construction for the railroad. He had a normal brain. He did his job. He was good to his wife. He loved his kids. He gave them a roof above their heads and food on the table. He went to church. He operated as any good man did way back when. At his worst, he made some dad-jokes which made kids groan and him smile. He behaved like a decent man, as decorum demanded of him. He had a normal brain. Until he didn’t.

He was the guy who was trusted with the dangerous explosives, like dynamite. One day, he blew it- literally, metaphorically, figuratively. Something went wrong with one of his jobs, and he ended up with a steel rod through the front of his skull. He was rescued and knocked-out for a while, but he didn’t die. But what happened then, that’s how he became immortalized in psychological literature. He survived and recovered, but his frontal lobe, as we call it today, was gone.

With his frontal lobe permanently gone, he became a completely different man. His “filter” was no longer there. He started drinking and swearing, and lost focus. He couldn’t hold his job anymore. He couldn’t focus on anything long-term and couldn’t make quick decisions. Before the accident he was decent, but now he was less than a teenager. Even the dad-jokes had a delayed punchline. How is an adult to function without a frontal lobe, the part of the brain that teenagers haven’t developed yet? How can a person stop a speeding car if the brakes have been removed?

His wife left and took the children with her. His friends left him because they said that he was ’no longer Gage’. Eventually, with help of a new friend he regained some of the faculties he lost, but by then had lost his family and friends, his former life.

How is this relevant to ADHD? Those with ADHD aren’t known for hesitating, waiting, or being patient. We can’t do it as well, because our brains aren’t normal. So we don’t think or act normally. Edward Hallowell, a psychiatrist who both has ADHD himself and is specialized in ADHD, calls it ‘race car brain, bicycle brakes.’ It’s a perfect description for those of us that go very fast and crash often. We’re not neurotypical or normal, so it’s not surprising we don’t operate like a normal person would. Those who know me, and understand who I am, would not trust me with dynamite! However, they know to rely on me and trust me, when they need my speed and enthusiasm. Sometimes they need my race car, when their normal brakes are holding them back. That’s when they let me zoom, and hang on for a high-speed ride.