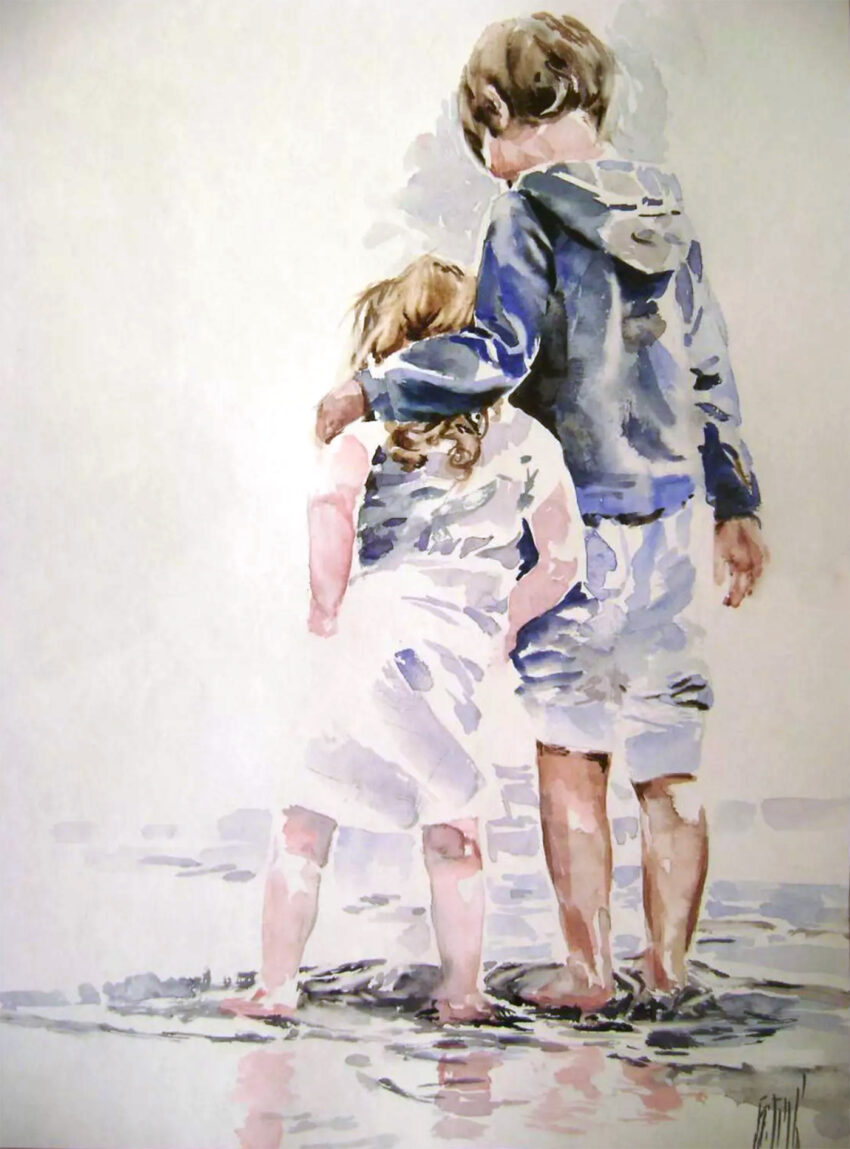 Chapter Two is second in a series as the real-life story unfolds. Chapter One was published on this blog September 3, 2022.  The identity of the author is pretty easy to identify if you are a regular on Social Galactic. She just doesn’t want her name on this blog post which is open to the whole internet.

A year ago I surrendered to God’s will. It was my belief that I would never know anyone related to me by blood. I had exhausted every known avenue over decades and it seemed time to surrender, so I did. One year after that day of prayerful resignation, my “sibling slot machine” hit the jackpot, shooting out brothers and sisters like silver dollars. Fourteen of them and counting, to be exact.

At the date of this writing I’ve spent dozens of hours chatting on the phone and Facetiming with half-brothers and first cousins. The most important part of this is assembling my personal identity. These are the essential values and personal traits that run deep in families. Personal identity resonates when you look at biological relatives and say, yes, I look like that, yes I am like that. Mine could never form because I rejected the inherent wickedness of my adopted family. I could not accept violence, dishonesty, and cruelty as my own. Because I rejected it (and you absolutely needed it to bond in that household) part of me was always unsettled, restless, searching.

It’s a hole God usually fills with a good adopted family, and these are the adoptees who rarely feel the need to go searching. They simply take on the identities of loving mother and father figures, and that’s the end of it. Those figures don’t have to be perfect, they just have to provide enough love for the child to bond. There are many people who receive this and make the transition. I know some of them. But there is a percentage of adoptees who are like me -mismatched and not emotionally bonded.

I am most like my biological father’s side. There are eleven of us half-brothers and sisters. (The other three are on my mother’s side.) The two brothers I’ve met so far are dynamic, effective people who make things happen. They are full of drive – competitive, and creative. When I speak to my half-brother Den on the phone, I recognize his energy crackling down the phone line into my ear. It resonates with my own natural frequency. It’s easy to feel familiar with the person it comes from. Den is a military pilot and has written most of the existing government policy on a piece of futuristic technology.

Which brings me to the man who is the reason Den and I are meeting – our alpha dad, dead since the nineties – a Scottish immigrant-entrepreneur, founder of a thriving company still in operation, the chairman of a corporate board, profiled in Forbes magazine, a high-seas adventurer who swashbuckled his way not just over the oceans but over many women, leaving them pregnant and reluctant to speak his name. Did he intimidate them? Threaten them? Why did he raise only two of his sons and leave nine other kids out there who never knew him or got to visit him? These are questions I seek answers for as I fly to New Jersey to meet Den and his wife.

Two days before I’m booked to fly out experience a stress lump in my throat accompanied by flop sweat. My mind doesn’t feel anxious but my body sure does. I wake up both mornings drenched with perspiration, hair sticking to my head, and the sheets and pillowcases damp. I steam all day, too. The morning of my flight, sweat is beading at my hairline, dripping into my eyes and washing my makeup down the sides of my face. I’ll need to do a full restoration job on my makeup as soon as I land. But once the plane takes to the air, I dry off. I have a comfortable flight. The sweating doesn’t come back, either.

The town my brother lives in with his wife is beautiful. Under ten thousand people live there and it’s small town America with lots of flags and decorations in red, white and blue. Den takes me to a private aircraft hangar and shows me the plane he built by hand. It’s a Velocity. He customized it, even the instrument panel. Den flew many military search and rescue missions over the years. I now know that on both sides of my family I have  military, law enforcement and firefighters. The women are homemakers and nurses. I feel something fall into place inside my internal identity. I have no trouble bonding with this.

Luckily, Den finds me as fascinating as I find him. He wants to spend every spare minute with me and takes a ton of photographs. I find out he’s also a superb aviation photographer and apprenticed under Howard Levy, later assisting this Smithsonian-acclaimed artist on many photo assignments. Den wants a copy of every book I’ve written or edited, and he wants them all inscribed. We work our way through a manuscript he’s written on a racing sailboat our father used to own. The manuscript chronicles many adventures in dangerous seas. I’m going to run print production for Den and get the book edited, designed and self-published. We work together like two peas in a pod, happily and productively.

I am relieved and grateful to find out that Den had early religious training as a Protestant, and his wife goes Catholic mass weekly. She is a smart woman and gives her husband lots of space to get to know me. The tough questions I was prepared to ask about my father and what looks like abandonment of his children take a back seat to bonding with Den as family. I feel sure those questions will get answered in due course.

Not everybody in the fam is as wholesome as Den, though. I have a sister who won’t give my niece, Steffi, her medical background information or speak to her. To me, this is horrific. Apparently after Steffi’s adoption was final the mother begged for, and received, $5,000 from the new, adoptive parents. Technically, this is human trafficking. Another nephew is currently held at a psychiatric facility for criminals in Canada for threatening his mother and her husband with a gun. The 21-year-old was arrested on a weapons charge after struggling with his father on the floor over the loaded weapon. These too, are family.

Den sends me home with a framed picture of my father in his graduation robes from a Chicago law school. I cry over the picture because, as a child, I asked my adopted mother if I could become a lawyer. She told me ‘no’ and mocked me. I bowed my head in shame at the time for even asking. I also remember her telling me people from the area my father was from were low class and stupid. Funny, I never heard anyone else make that claim. Did she know who my father was back then? I have no way of knowing, now.

Den also gave me copies of my father’s speeches and business articles. All of them are concerned with the economy of his community and how to grow work opportunities for the local people. He rails at the shortsighted vision of government. Reading these speeches I realize am no black sheep¾I am a daughter after her father’s own heart.

I was blocked from meeting this family all my life because of the obstinance of my birth mother and her refusal to tell me anything, aided by the conspiracy of a handful of her family members. I figure that she held onto this so tightly because she’d kept the secret from her husband, too. She was married a year after giving birth to me and probably never told him. That would explain the cruel rejection of me time after time over the decades. It was hell for me and it must have been hell for her, too. The government also played a strong hand in blocking me at every turn by withholding names and facts that were in my file and plain to see by every bureaucrat involved in my adoption process.

I can’t afford rage at this late date in my life, nor do I want to poison relationships with new-found family. But I think withholding this information from adopted children should be illegal. I think it’s immoral and devastatingly harmful, and I want the law to change. Meanwhile, I’m looking on the bright side at finally finding out my true identity: Better late than never. Look at the cup as half full. It’s going to take time for me to process everything.

Comments are invited and wanted. I need your thoughts to work through my own. Thank you.